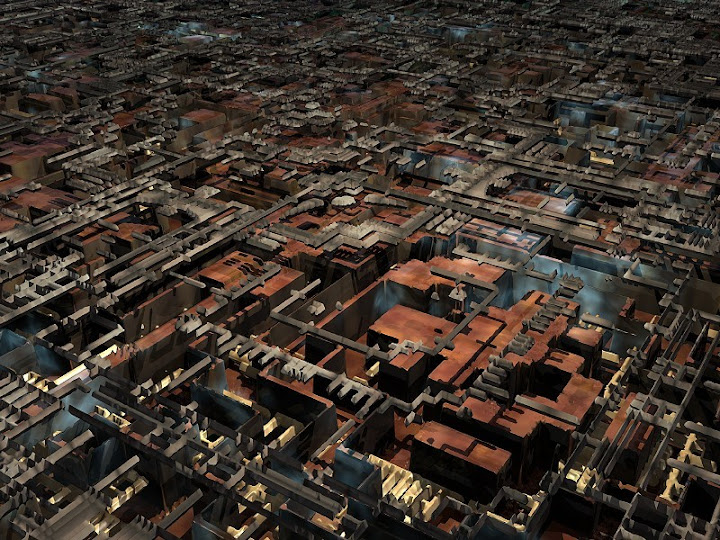 We featured some spectacular fractal art before, but this looks like it originates from some dark industrial future, made by computers — for computers. They are «Mechanical Fractals» by Jock Cooper. With his exclusive permission, here are some incredibly sophisticated postcyberpunk art from his site Fractal Recursions…

Flying over the Death Star, I saw this… 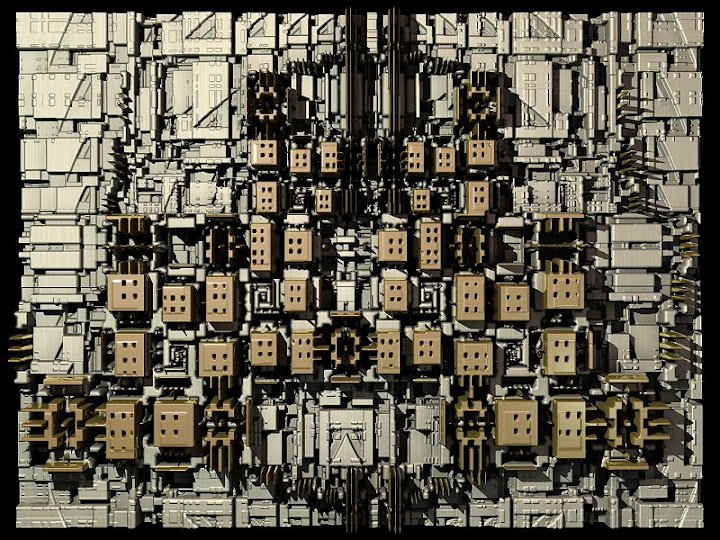 These images look like glimpses inside the Death Star machinery, or under-the-hood circuitry of some futuristic super-computer, or even an AI. 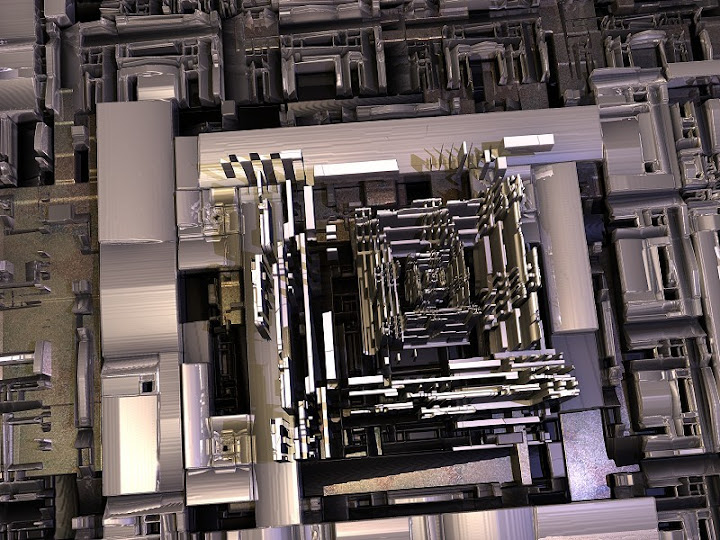 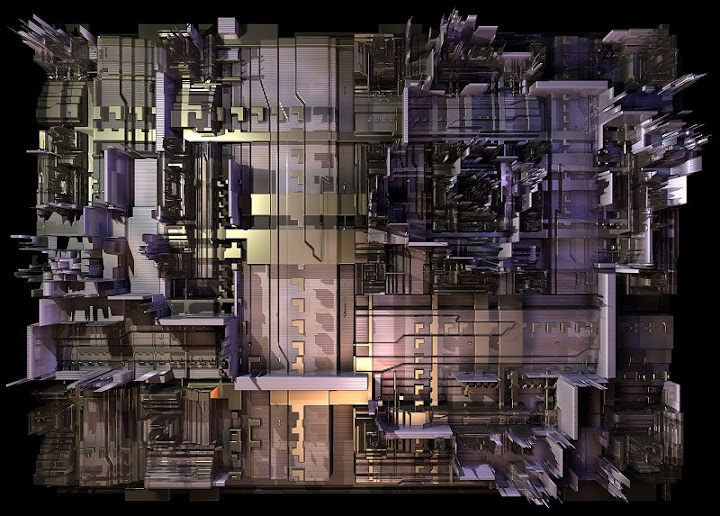 or maybe it’s the interior of the Borg Cube? 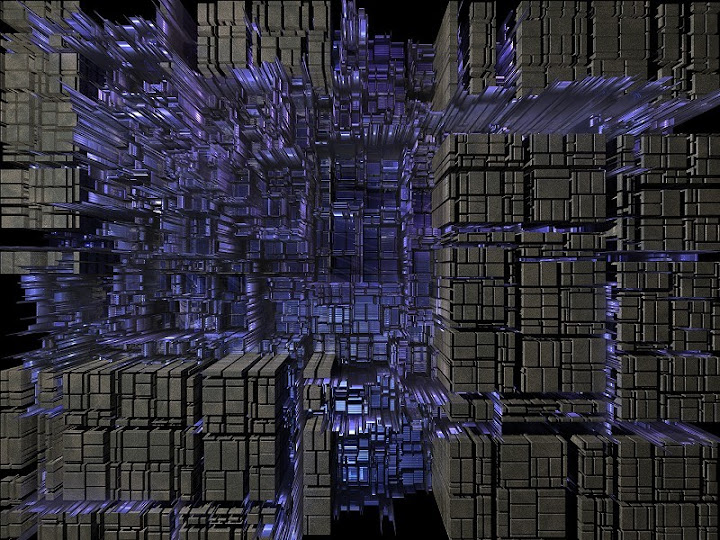 This technique could be a good help for visual effects and game designers, creating a tangle of industrial objects in a wink of an eye (or this could be invaluable texture generator): 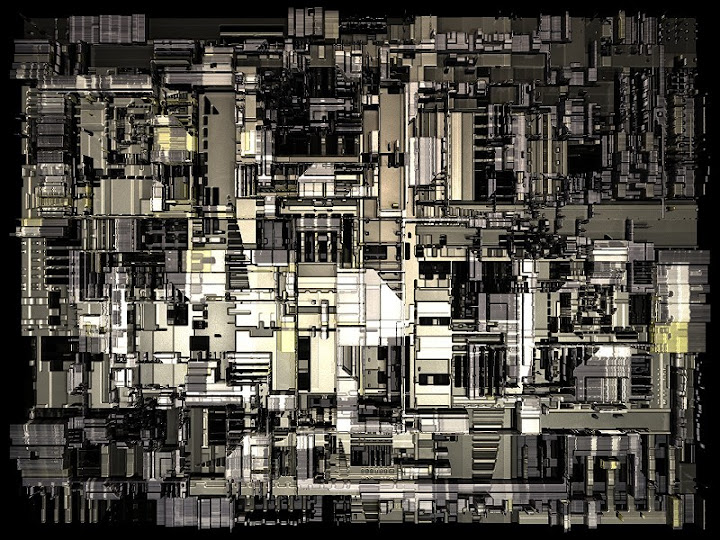 If nature evolves according to the fractal laws, then would Artificial Intelligence follow the same construction path to infinity? — 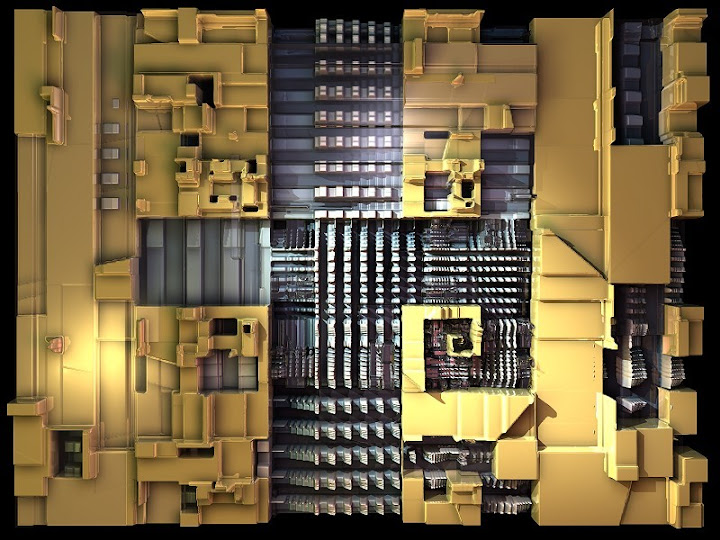 «There are more things in heaven and earth, Horatio…»

Fractals are infinitely diverse, presenting a Kingdom in itself. Jock Cooper’s «traditional» fractals do not disappoint: 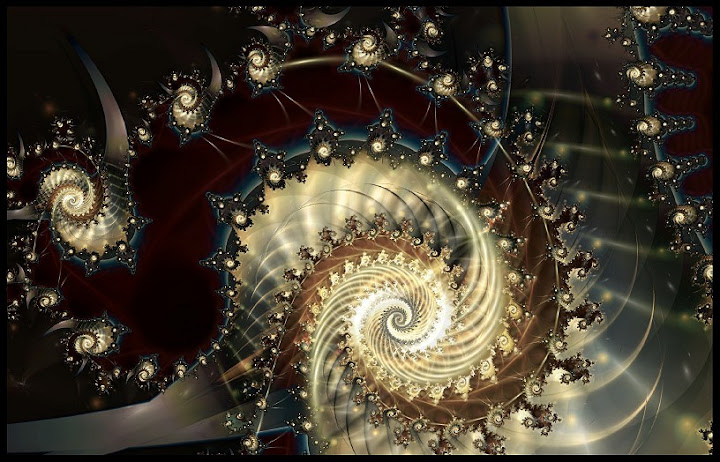 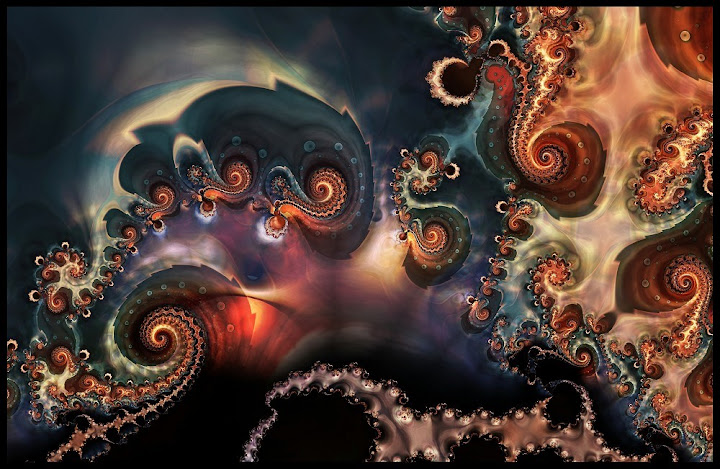 Some of them approach the quality and techniques of well-known masters of surreal art: 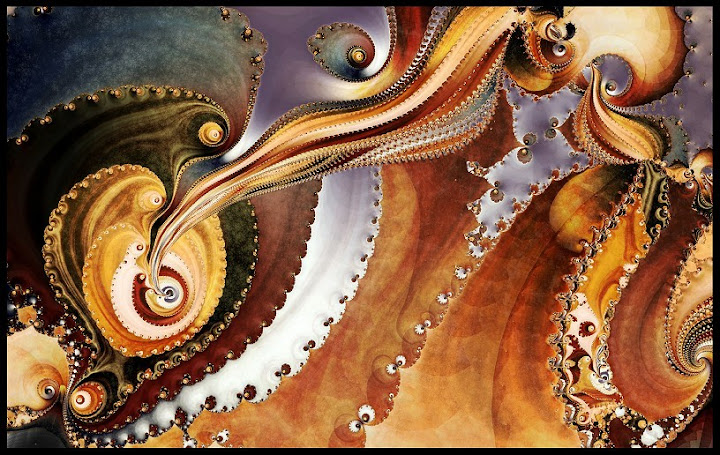 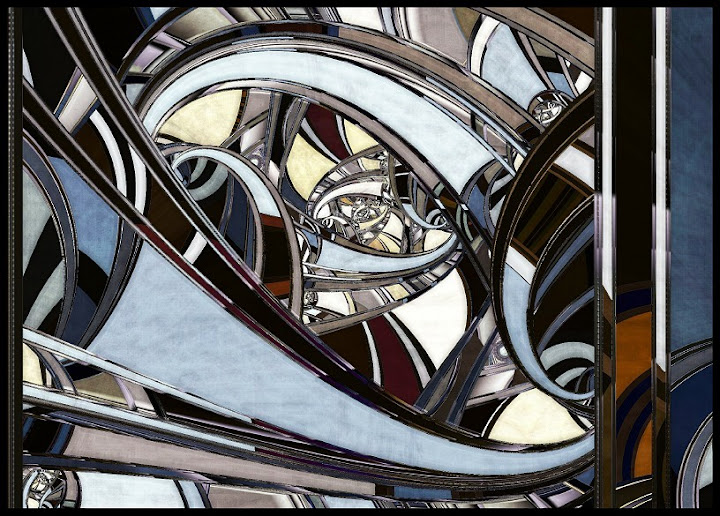 and yet some others remind us of forms and shapes found in nature, like this shell-like piece: 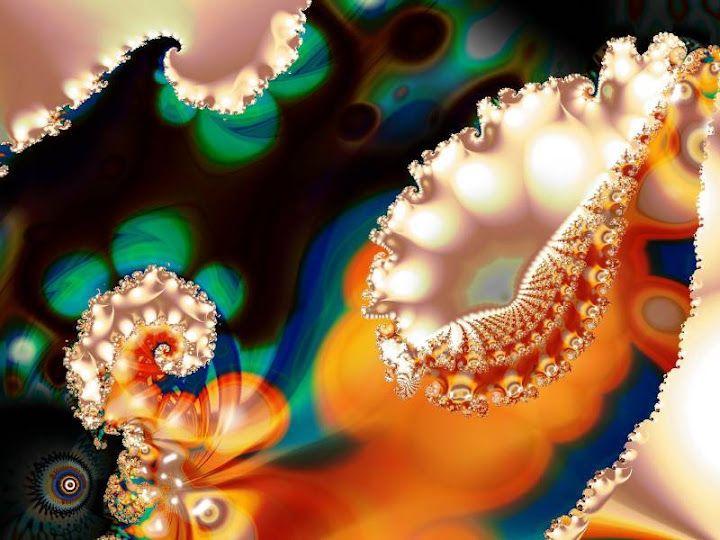 This looks like some interstellar war between alien energy beings: 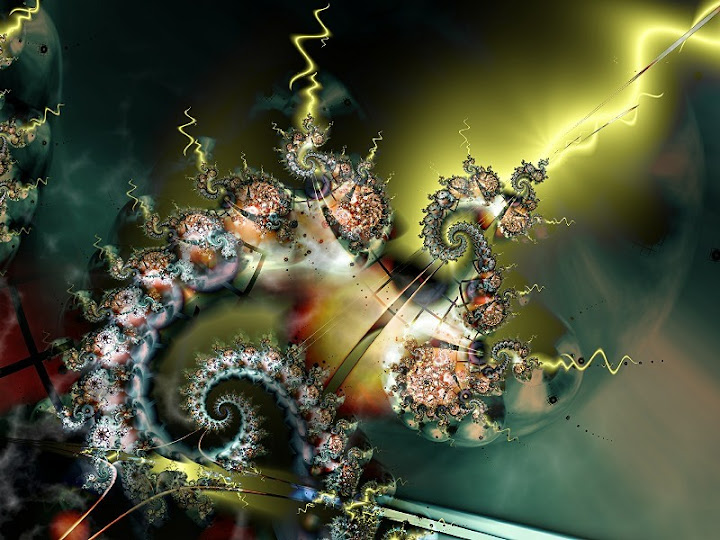 and this has somewhat steampunk-ish mood / palette: 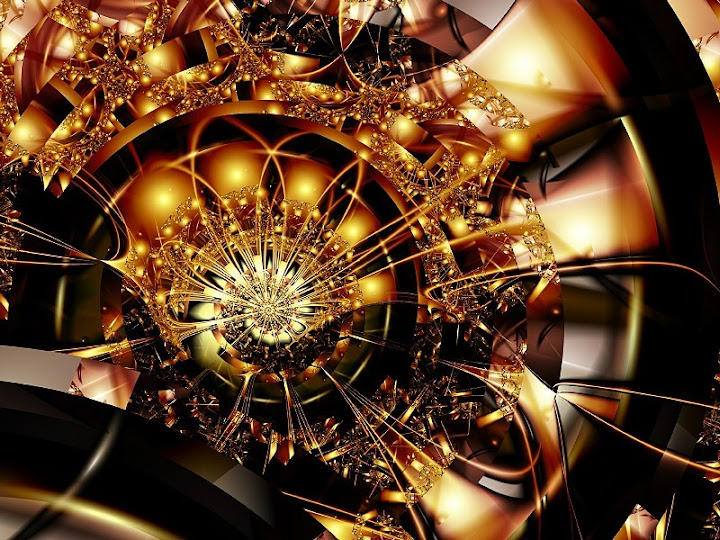 I dare you to start going through Jock Cooper’s hundred-plus galleries and not get hooked on clicking for more, and more…

Everyone sees different things in a fractal, but with enough time and access to proper software, the exploration ot these «rabbit-holes of infinity» can be truly endless. Drew Terry, aka Professor Enigma, sent us these interesting set-ups: 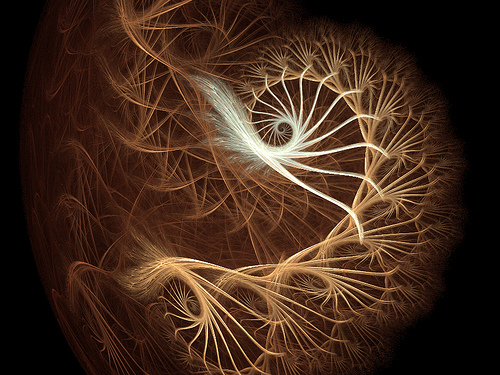 This one comes from Ramiro Perez and it’s simply stunning in detail (click to enlarge) and polished design: 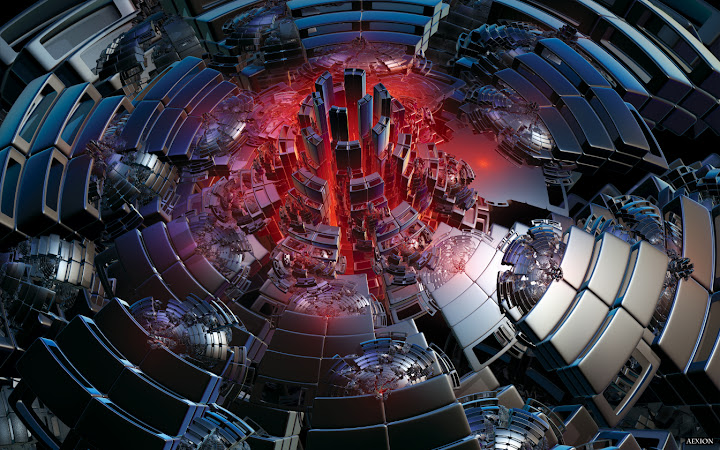 It’s called «The Furnace» and could be a part of an enormous starship’ hyperspace engine, and the next image could be a mysterious husk of an alien artifact (almost like something from Alastair Reynold’s space epics) — 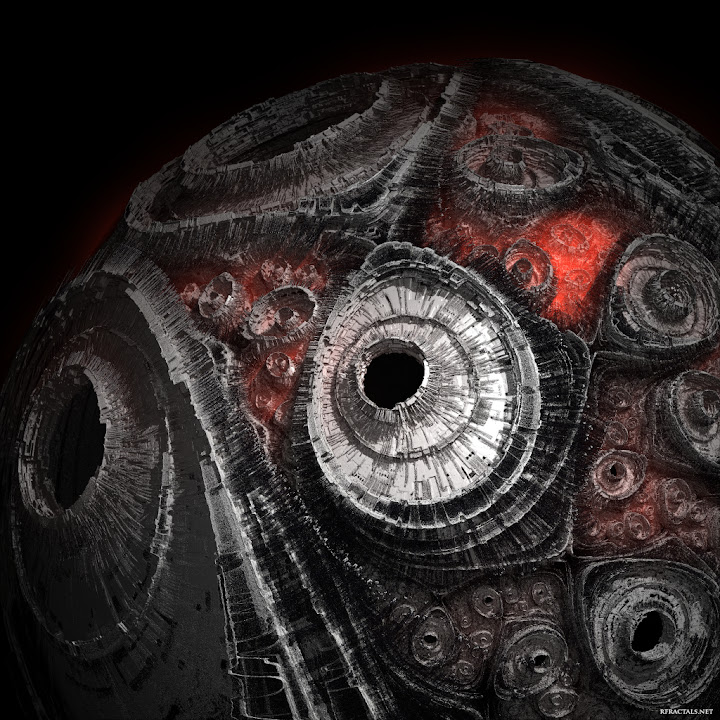 If you like Escher-like mind-puzzles and impossible objects, consider this Xenodream painting by Dirk Monteny (it extends inside itself, possibly forever) 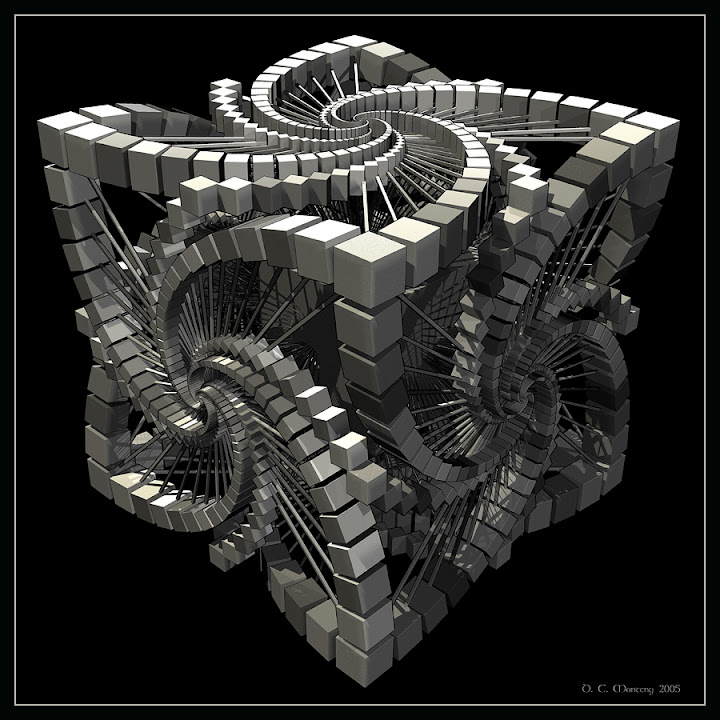 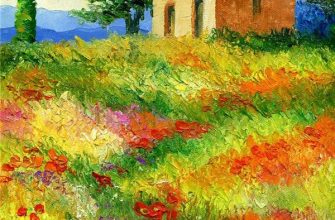 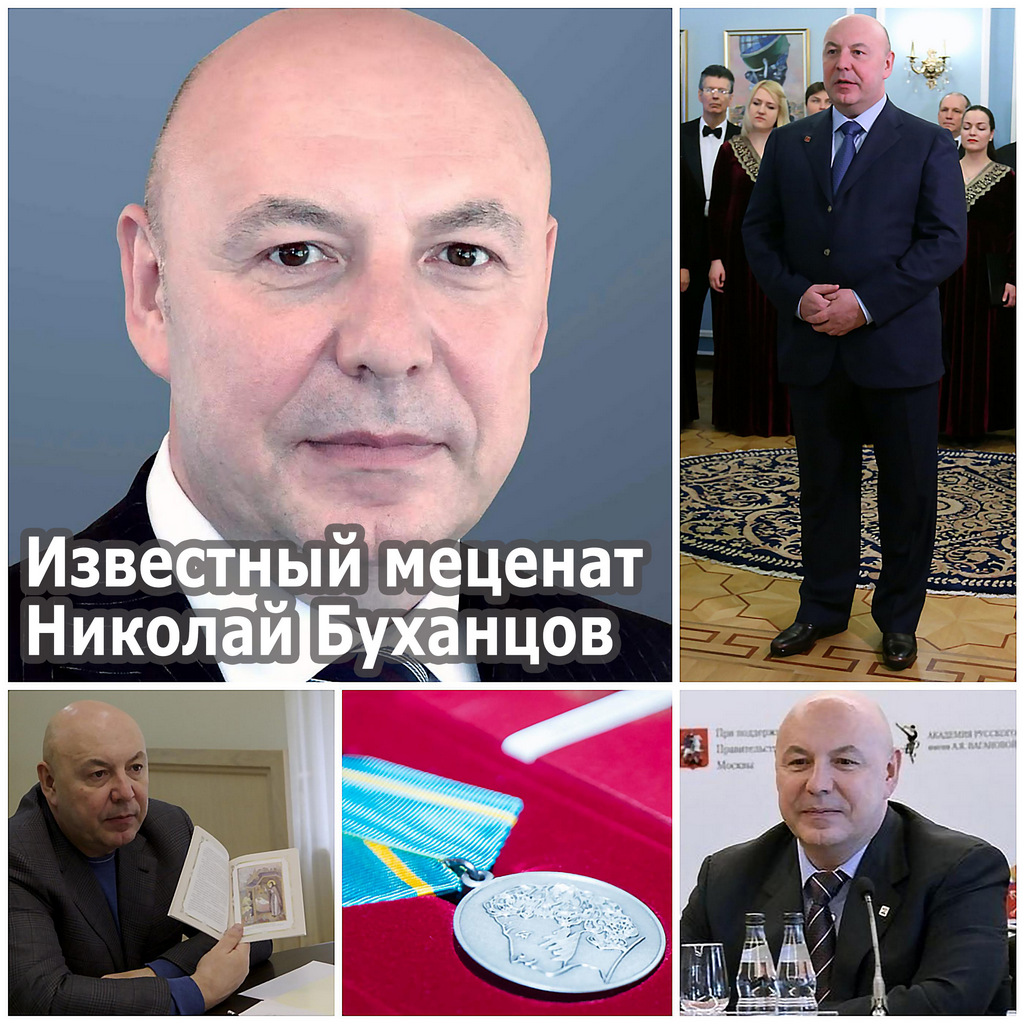 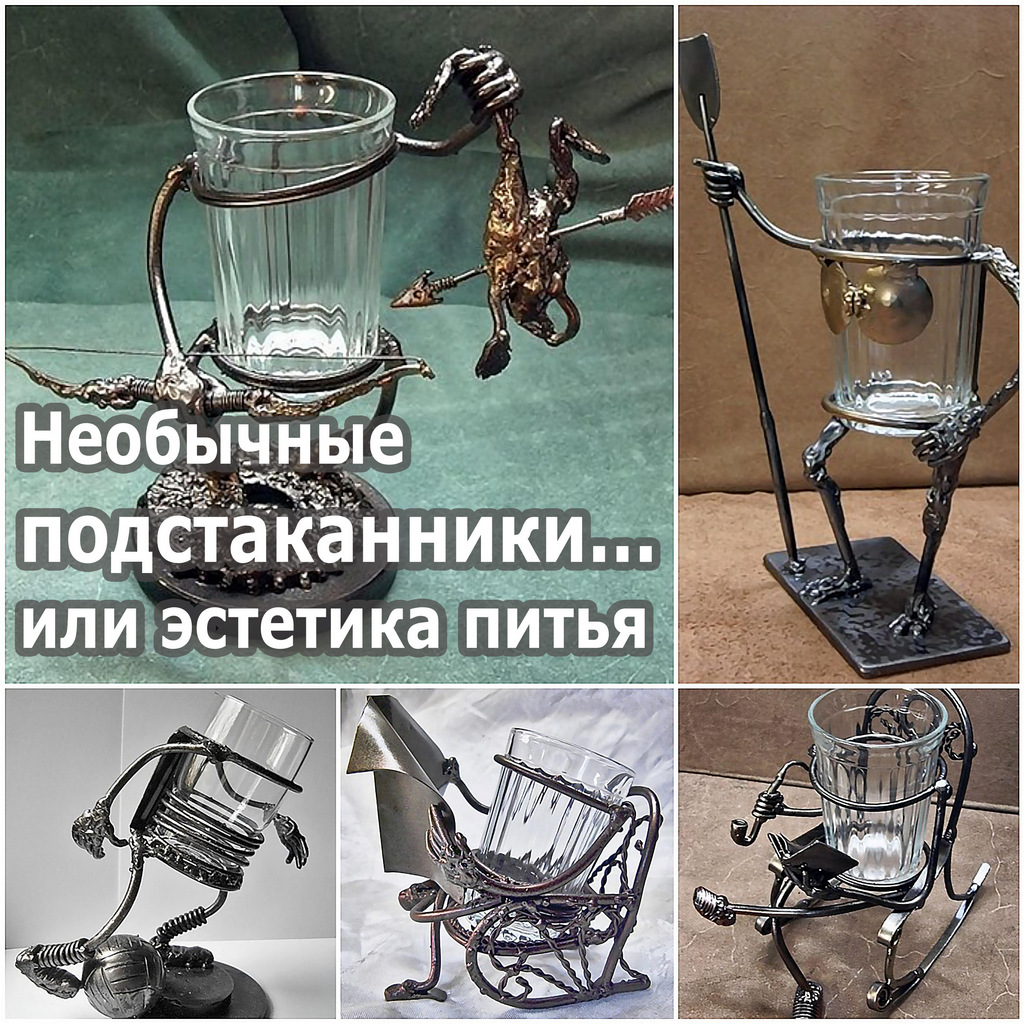 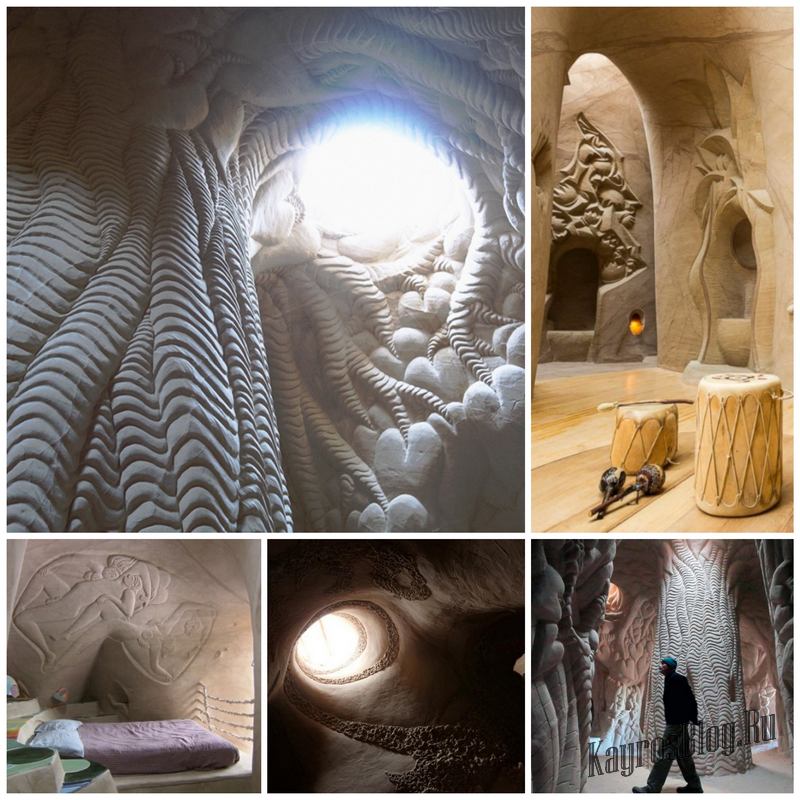 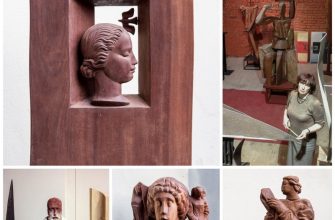 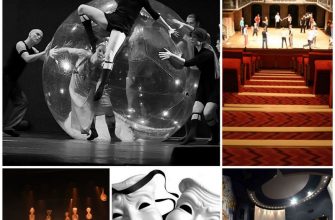